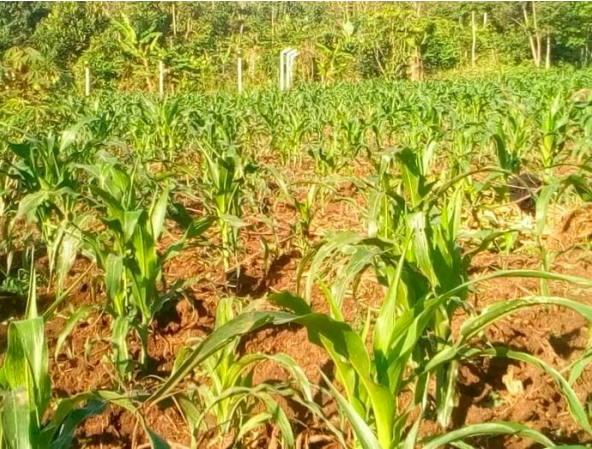 Sierra Leone is one of the world’s poorest countries, and abject poverty remains throughout. According to the National Headcount of Street Children, nearly 80% of Sierra Leoneans live in poverty and over 60% of the population lives on less than $1.25 U.S. per day. As a result, families are often unable to adequately provide for their children. Accordingly, there is an orphan crisis throughout the country. This problem increased significantly over the past 4 years.

According to the publication Public Health Action, during 2014 and 2015, West Africa experienced the largest outbreak of Ebola Virus Disease (EVD) in history. In Sierra Leone alone, at least 13,992 people became infected with EVD and nearly 4,000 died. As a result, the Ebola crisis alone created over 12,000 orphans – dramatically escalating the number of orphans. Consequently, for those who survived the crisis and are faced with the inability to care for their children, it is often an economic and workforce issue.

BLOOM’s Sierra Leone Sustainable Farming Project addresses this issue. Our goal was two-fold: To help the orphanage provide food for the children, thereby fighting malnutrition, and to teach sustainable farming to the community, which will help local families pull themselves out of poverty. This will reduce the number of future orphans and has already allowed orphans to return to extended family members who can now afford to care for them due to increased levels of self produced income. The farm will supplement the school children’s meals with fresh fruits and vegetables and also peanuts for protein in order to provide better food security, a healthier more varied diet, and to reduce the need for sponsor funding to purchase food or seek medical care for issues related to malnutrition.

The farm is currently thriving, and has produced enough food to not only feed the 51 children who were in the orphanage, but also to feed the local community. This led to the reunification of most children with extended families, and the rest with foster families. The food from the farm is currently distributed to the families who have brought these orphans and vulnerable children into their homes in order to ensure there is adequate nutrition for all.

Thank you to everyone who donated to make this dream a reality for the children. As they are now placed in community foster homes and in kinship care, and the orphanage has been converted into a school and community center.

We use cookies on our website to give you the most relevant experience by remembering your preferences and repeat visits. By clicking “Accept”, you consent to the use of ALL the cookies.
Cookie settingsACCEPT
Manage consent

This website uses cookies to improve your experience while you navigate through the website. Out of these, the cookies that are categorized as necessary are stored on your browser as they are essential for the working of basic functionalities of the website. We also use third-party cookies that help us analyze and understand how you use this website. These cookies will be stored in your browser only with your consent. You also have the option to opt-out of these cookies. But opting out of some of these cookies may affect your browsing experience.
Necessary Always Enabled
Necessary cookies are absolutely essential for the website to function properly. These cookies ensure basic functionalities and security features of the website, anonymously.
Functional
Functional cookies help to perform certain functionalities like sharing the content of the website on social media platforms, collect feedbacks, and other third-party features.
Performance
Performance cookies are used to understand and analyze the key performance indexes of the website which helps in delivering a better user experience for the visitors.
Analytics
Analytical cookies are used to understand how visitors interact with the website. These cookies help provide information on metrics the number of visitors, bounce rate, traffic source, etc.
Advertisement
Advertisement cookies are used to provide visitors with relevant ads and marketing campaigns. These cookies track visitors across websites and collect information to provide customized ads.
Others
Other uncategorized cookies are those that are being analyzed and have not been classified into a category as yet.
SAVE & ACCEPT